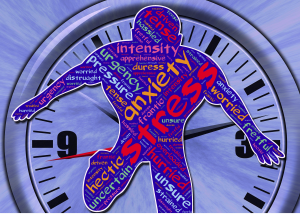 Calories, macronutrients and a host of fad ideas that supposedly will help in your efforts to burn fat and build muscle, or will they? Truth be told the volume of food we consume is only beneficial if we are able to access its nutrients, simply gorging on a surplus of chicken and broccoli may not provide you with the raw material to shift change in your body composition. To fully benefit from maximal calorie intake, we need to consider nutrient assimilation, from the moment you wake up to the point of slumber the actions you are currently taking in your day may influence how your body accesses nutrients. Let us get started on our journey of nutrient assimilation and focus on 5 major considerations along with a strategy that may improve our capacity to grow and rid the body of unwanted fat.

The autonomic nervous system forms part of the peripheral nervous system which regulates involuntary action. Stress or calm are dictated by the state in which our autonomic system may be responding to environmental influence. From the food, we eat to the artificial screen in which we spend our lives working, what we do in our day directly influences the action and subsequent reaction of our involuntary systems. The functionality of our sympathetic state is designed to increase the output of catecholamines and reactive cytokines for the purpose of increased peripheral awareness and energy output, prolonged exposure to stress, however, leads to an imbalance between our necessary states of recovery. Parasympathetic states are often referred to as anabolic states in that when our bodies shift into a parasympathetic state we notice increased sensitivity to anabolic hormones along with improved gastric endocrine function, all of which improve our ability to assimilate nutrients. Ensuring that we take the time to unplug, stretch and eat nutritious food that calms our state instead of raving our engine, all go a long way toward ensuring autonomic balance, with balance comes growth all increased by way of increased capacity of nutrient assimilation.

The gastric endocrine function is rather complex with elements of both acidity and alkalinity coming into play during different phases of motility. When our nervous system is in a state of stress due to an imbalance of the components in the nervous system to a possible bacterial infection or heightened immune response, we notice a drastic suppression of gastric endocrine function. Within the first stages of digestion, the release of gastrin is vital, however with an increased volume of stress gastrin function becomes impaired. Impaired Gastrin function leads to a whole cascade of digestive issues, most notably the insufficiency of the release of Hcl. Reduced release of Hcl impaired activity of digestive enzymes which in the process of nutrient assimilation is vital toward accessing the raw material contained in our food. With reduced enzyme activity we also notice a decreased time of motility which inevitably may result in unwanted bacterial overgrowth. In a nutshell, eating a whole load of calories when your stress will only lead to bacterial imbalance along with immune reaction, make the effort to reduce your volume of stress and encourage improved visceral function before gorging on huge caloric loads.

Hydration so overlooked yet probably the most important element with pertinence to nutrient assimilation. Our cells are primarily of water, as such activity within our cells is regulated by the state of our hydration. Simply drinking loads of water may also not be enough to ensure your hydration health, regulation of water absorption is regulated by the state of health in both the kidneys and large intestine. Kidneys that are stress will hold back the store of water in the body and in doing so also impair circulation leading to issues such as edema. An increase of inflammation influences our immunity to the point in which our innate systems become excessively anxious about foreign pathogen threat, inevitably we end up with a host of cytokines that are released influencing the perception of pain in our bodies. An increase of pain perception impairs nutrient absorption as it drives our ANS (autonomic nervous system) into a state of sympathetic dominance, and as we mentioned before the effect on digestion whilst sustaining a prolonged sympathetic state is rather devastating. Not only would renal health influence hydration capacity, but the influence undigested food along with poor circulation has on the large intestine is profound. With little circulation and accumulation of fecal matter that is highly toxic, our large intestine becomes inflamed and impaired in its function. Impaired function of the large intestine results in a plethora of ailments some of which influence dramatic states of depression to others that increased indigence of learning disability.

Before you wharf down that 500gm steak with the 1kg of potato fist assess in exactly what state your physiology may presently be in and decide to act through an educated plan of action instead of that based on theory or possibly even ego. Attaining your goals does not need to come at the cost of your health, simply taking the time to first assess your state before taking action may prevent you from much frustration or even pain.