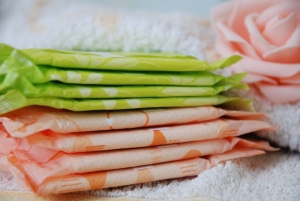 Women have it tough in today’s world. With increasing levels of environmental stress, our mothers, daughters, and sisters are faced with an onslaught of biochemical warfare every month. Premenstrual syndrome (PMS) can be a painful and depressing experience in a woman’s life. Most notable PMS symptoms occur 1-2 weeks prior to menstruation during the luteal phase of a menstrual cycle.

The luteal phase of menstruation increases the production of progesterone with associated increases of DHEA and testosterone noted. Zinc is a mineral widely used for stress control and androgen production, especially testosterone. During a woman’s menstrual cycle exacerbated levels of progesterone production may lead to a decrease in levels of zinc with a noticeable increase in copper. Homeostasis is truly remarkable in maintaining a balance between systems for the preservation of energy and life. The hypothalamic reaction is critical in maintaining homeostasis but in certain situations of environmental epigenetic influence, our regulatory function of the hypothalamus may become disorientated. Balance between oestrogen and testosterone will influence the hypothalamus sense of hormone control, when excess levels of xenoestrogens (foreign molecules mimicking the effect of healthy oestrogen) are present in a woman’s body the length of time to which progesterone is released will increase in efforts to modulate a hormonal balance between estrogen and testosterone production during ovulation.

Glucuronic acid is a powerful detoxifying compound to the body that rids our physiology of excessive pollution and toxins (xenoestrogens). Bacterial cells in the small intestine are largely responsible for the functional production of glucuronic acid, however, when one’s digestive system is in a state of dysbiosis (imbalanced bacterial overgrowth), levels of glucuronic acid production may decline. With a decreased essence of defense to our toxic environment, essential vitamins and minerals either become depleted or released in excess. From pain to depression, biochemical causes of reaction are often caused through an imbalance of nutrient assimilation and overuse of our sympathetic autonomic nervous system.

Impaired Zinc and Thiamin absorption are most dually noticeable due to an impaired gastro endocrine system. Zinc is a precursor to over 100 enzyme reactions in the body, most of which are the purpose of aiding neurotransmitter balance and controlling stress. Impaired absorption of zinc leads one’s mind into a state of anxiety and stress with depression eventually taking hold. Thiamin regulates our appetite and may aid proprioception of our hips and spine, with reduced levels of available thiamin one may notice difficulty rising from a squat position along with feelings of irritability and emotional instability. Bacterial health is of the highest concern to our mineral and vitamin status as up to 90% of all nutrient absorption occurs in the small intestine. Impaired microbiome health vitamins such as pyridoxine and cobalamin are heavily depletive causing a host of epigenetic and neurological reactions that may cause pain and depression. Vitamin B6 is responsible for aiding the balance of autonomic reactions, thus maintaining a balance between our sensation of flight or fight responses. Absorption of Vitamin B12 is dependent on one’s available level of B6 as the two vitamins are synergistic in their reaction within our physiology. Impaired levels of vitamin B12 cause a decline in serotonin production and dopamine balance creating an environment for impulsive and anxious reaction. Depression is no joke. During a woman’s menstrual cycle potential of depression is highly elevated if underlying lifestyle and health are not established and maintained.

With increased levels of stress release due to impaired nutrient and bacterial balance, one’s sympathetic autonomic dominance may arise. With an increase of stress hormone release so too will an increase of serum sodium levels be present. An increase in sodium levels causes a catalyst reaction to the release of minerals and enzymes that activate ATP production namely calcium. Symptoms of PMS have been managed over the last 70 years by the inclusion of calcium supplementation. Although calcium supplementation may be essential, our management of stress would lead to a reduced need of supplementing calcium in the aid of pain caused by PMS due to poor energy management.

Hypertonicity is an excited state of tissue that may cause eventual dysfunction or proprioceptive disassociation of our anatomy. An increased concentration of serum calcium due to a heightened sympathetic nervous system dominance may lead tissue into a state of hypertonicity further increasing a woman’s likelihood of PMS symptoms. Increasing intake of Magnesium may aid to settle tone of tissue and re-establish balance to one’s anatomical awareness thus leading to a decrease of hypertonicity and possible associated PMS symptoms.

Stress can be a killer of our minds, hormonal balance and quality of life. Pressures of life may not change however what one does have control over is the quality of diet and physical activity. PMS need not be a debilitative disorder when responsibility is taken toward a healthier life, both physically and mentally. The smallest change today can save you from a lot of pain tomorrow.