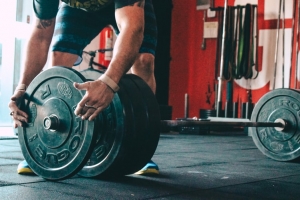 What is the purpose of overloading?

Firstly the idea of overloading needs to be clarified as the concept has multiple factors in the fitness industry.

Overloading in the world of strength and conditioning is defined as the increase of intensity to which a muscle is not used to or been exposed to creating an environment for adaptation to occur within controlled parameters.

To name a few types of overload we have:

What is the best way to produce effective results when overloading?

When should you start seeing results from overloading

Results from overload vary dependent on these major factors

Generally, adaptation of motor skills can be noticed in s short of a time span as one week. However as stated above there are multiple external factors that may influence this.

Tempo and total time under tension!!!! There is only one constant variable in movement that can gauge progress and that is time! from the tempo in accessing full range of motion to the ability, one has to sustain contraction within parameters of set rest variables all of this comes down to one deciding factor: TIME.

Starting out in the gym you may only be able to shift 40kg on the squat for 6 repetitions in a 40-second overall time exposure. However as your proprioception increases and balance becomes better aligned then your 6 repetitions may become the deemed 8 in line with the tempo prescription of 4010. Over time your 8 becomes easier to achieve whilst sustaining a rest period of 40 seconds between sets, this is the point where you are ready to progress to heavier loads or progressive exercise selection.

Why do we reduce calories when training compared to rest days

Exercise induces a stress response which heightens catecholamine release. Increase release of stress hormone has an inhibitory effect on Gastrin. Gastrin is a primary hormone responsible for the release of acids that activate digestive enzymes in our gut. With a reduced activity of enzymes, intake of surplus calories will only lead to a state of unwanted bacterial overgrowth due to a likely potential scenario of poorly digested food. Flatulence is a clear sign of poor digestion, which is also a common symptom for those who are starting on a new exercise regime. Reducing caloric intake on training days provides a better opportunity for our digestive systems to fully assimilate nutrients. Greater calories on non-training days also subdue stress and promote a greater release of insulin, anabolism is directly influenced by insulin activity and sensitivity.

What is the difference between male and female overload? Should they do the same amounts etc..

There are definite structural differences between men and woman. Androgen profile will generally be a greater dictator of muscular formation, in both sexes, one will find either highly masculine or feminine qualities, this is part is due to the androgen profile of the person in question. However, for the purpose of generalisation men have higher androgen levels than woman and as such will have a greater recruitment of myogenic regulating factors.

Men grow muscle faster and are able to lift heavier and recover faster, especially as men’s endocrine system is nowhere near as fluctuating as a woman’s menstrual cycle. Consideration to load increases, volume and overall exercise intensity must above all be considered in line with what phase of her menstrual cycle a woman is currently going through. Overload without consideration of higher levels of either estrogen or FSH will either lead to excessive catecholamine release or poor exposure to intensities that otherwise may not have been considered.

Getting ready for the Christmas holidays
Scroll to top