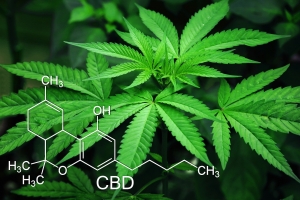 In a world of change, we are faced with more stress than ever before in our history.
Stress is a reaction most noted in the outcome of the change to the autonomic nervous system. Autonomic function is balanced between both sympathetic (fight/flight) and parasympathetic (rest/digest) reaction. How well our bodies are able to handle stress is dependent on the balance between both elements of autonomic function. The increase of stimulus disrupts our stress function to shift toward a sympathetic dominance, which may both be beneficial or detrimental, all dependent on one major factor of contribution:

How long we expose ourselves to stimulation will inevitably shift our homeostasis
(internal body controls) toward a greater position of protection. Prolonged sympathetic reactions will, therefore, influence multiple physiological factors stemming from digestive distress, muscle wasting, and neurological decline. Marijuana has now been legalised in many countries, yet we need to distinguish how a newly legalised drug may influence one’s position of positive health.

Digestion is a complex process of taking chemicals in our environment and either assimilating them toward improved physiological function or detoxing harmful reactions.
From moments of acidity to a position of alkalinity, how we digest food incorporates an eloquent reaction of breakdown and absorption. Stress, however, disrupts gastric activity for the purpose of redirecting priority toward survival of the host, essentially shifting priority from digestion to a physiological reaction.

Modern living stimulates our natural reactions toward prolonged states of reaction, thus creating a cascade of health concerns to contend with. From nnEMF to additives/preservatives found in food, stimulation of a stress response is found through multiple inclusions in an ‘advanced’ society. With increased power so too comes increased responsibility! As our world is becoming technologically more advanced, we definitely should consider the effect that these ‘advancements’ may have on our

Marijuana has proven to be useful in modern living and assists in combating a variety of diseases and conditions, however, one must consider the cause of these persistent symptoms in a modern world. Like any medication, marijuana needs to be regulated and studied to truly determine the effectiveness and a safe dosage parameter. Simply legalising a drug for gross consumption, without considering the total influence it may have on one’s physiology, may not be the wisest step a society takes toward improving the lives of those suffering from ailments. Comparison between pros and cons of marijuana use has thus been made in the following two sections:

1. Ongoing use of THC imbalances dopamine activity in the brain: an excessive release of dopamine initiates a sympathetic response, which inhibits primary digestive activity, thus reducing the potential of nutrient assimilation.
2. THC inhibits parietal cell function: Parietal cells are responsible for the release of HCl along with intrinsic factor -both aid initial acidic processes which nullify pathogens found in food along with patenting alkaline reaction by developing acidic chyme. Without acidic chyme coming from the stomach, our pancreatic function will not optimally release alkaline reactions, needed for nutrient assimilation in the small intestine.
3. Marijuana may increase the risk of diabetes: Although low doses of marijuana aid glucose disposal, excessive intake shifts the balance of healthy glucose disposal to states of hypoglycemia. Hypoglycemia instigates an excessive sympathetic reaction, in which insulin receptors may become damaged if exposure is prolonged.

1. Stops cancer cell proliferation: marijuana has been discovered to inhibit the growth of cancer cells in animal case studies, however, the effect in human subjects still requires further research to substantiate health claims
2. Low dosages combat symptoms of MS (multiple sclerosis): Through the reduction of excessive sympathetic activity, a low dose of marijuana reduces global muscle tension, alleviating pain symptoms in patients with MS.
3. Marijuana aids glaucoma: Glaucoma is a debilitating effect of poor drainage of aqueous humor in the eye, marijuana aids the draining of this aqueous humor, and thus combats the progressive symptoms of glaucoma.

1. Regular use of marijuana increases risk in the development of asthma: Although low and infrequent marijuana use may initially improve lung capacity, ongoing use of the drug has a high incidence of asthma progression.
2. Ongoing use of marijuana increases the risk of bipolar disorder: Marijuana used for psychological aid needs to be monitored and continually evaluated, although marijuana may help with anxiety and PTSD, there is a very possible outcome of worsening psychological symptoms.
3. Prolonged use of marijuana damages the hippocampus: Marijuana use may improve creativity, however, long-term use impairs REM sleep and thus also
potentiates the loss of function within the hippocampus responsible for long-term memory.
As with the use of any substance, one needs to consider the reason for use. Marijuana is a powerful drug that combats a myriad of symptoms in many diseases, however, use needs to be monitored. Symptoms of a disease usually prevail after long-term exposure to its cause -drugs are merely an aid to contend with symptoms, but lifestyle strategies address the cause. Taking responsibility to instill balance through healthy habits in one’s life is the best way to prevent the need for drug intervention.

Simply using a drug for recreation, without a given need, creates an opportunity for further health complications. Although the use of the drug may have a euphoric effect at that moment, the later effect from those moments may instigate the exact symptoms that marijuana is used MEDICALLY to treat. Personal choice is a beautiful thing, however, honesty in choice is of the highest importance. A slight feeling of momentary discomfort does not warrant the use of a drug, rather opting for alternative strategy such as: massage, meditation, exercise, family compassion, support and healthy relationships would be a far more permanent and productive strategy in maintaining health.