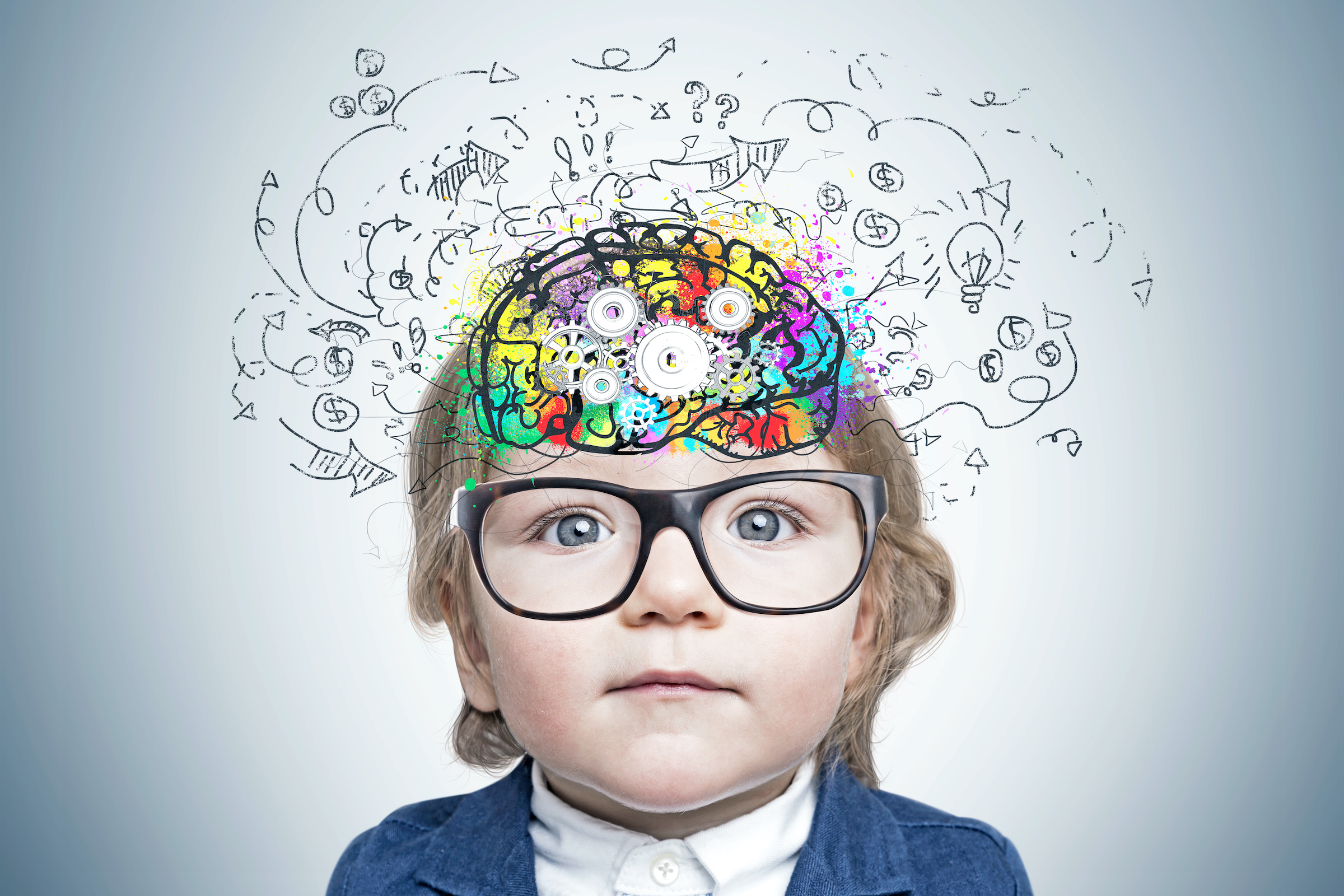 How to identify and treat your root causes

Do you or your child wake up every day with anxiety based on the expectation to perform, knowing that no matter how hard you try, you’ll end up feeling inadequate? If so, you are among a growing number of people suffering from Attention Deficit Hyperactive Disorder (ADHD).

ADHD is a psychological disability traditionally associated with young people, but becoming increasingly prevalent in the adult population. It is a condition creating significant life challenges for those affected, including social anxiety, inability to focus, poor self-esteem and difficulty controlling emotions.

Traditionally ADHD has been defined according to the following three categories (Williams P., 2021):

However, while recognition and understanding of the symptoms experienced by persons living with ADHD are absolutely necessary, it is also clear that this simplistic labelling approach is a painfully inadequate basis upon which to diagnose and treat.

What is the aetiology of this disorder? What underlies its different presentations? Why is it growing in prevalence? Only when these questions are answered will we be able to understand and manage this condition appropriately.

To fully understand what ADHD really is, we need to take a deep dive into the fascinating world of brain chemistry.

Neurotransmitters – A signalling dilemma within ADHD?

Neurotransmitters are signalling molecules instructing the brain to either stop or go and creating an appropriate nervous system response  (Hammond N., 2019). This enables us to perform complex tasks like reading, writing and playing music.  Within this symphony of brain chemistry, there exist vital regulatory controls that either activate or inhibit the excitation of our brain in order to prevent damage to neurons (Beck W R., 2011).  But when these sophisticated workings of brain chemistry break down, a phenomenon is known as ‘neurological wind-up’ occurs.

Neurological wind-up is where excessive neuroreceptor activity takes place, increasing the production of destructive free radicals and disrupting the delicate balance of neurotransmitter diversity.  Where we have an excess of one type of neurotransmitter relative to another, this leads to mental health symptoms such as depression, aggression, inability to focus, lack of motivation and poor impulse control. It is within this framework of neurotransmitter imbalance, that we need to examine the condition of ADHD.

Imagine how hard it is for a child who is genuinely trying their very best to do well in school but is prevented by their neurochemistry to do so. While the typical learning environment may present no problem to a neurotypical brain, the ADHD brain is simply not equipped to navigate situations such as the added stress of time pressure, the requirement to sit still for a prolonged period of time or the distraction of noise from outside. Focus becomes impossible, assimilation of information futile and these repeated occurrences serve to enforce increasing feelings of inadequacy and create further behavioural issues.

I have been there myself, and know of so many others who have struggled academically, not because they were lazy or stupid (which is often what you’re called when you’re getting 30% for math), but because their individual neurochemistry is simply not equipped to manage the tasks being given, in that particular environment. To allow the ADHD child to live up to his or her true potential, it is essential that the reasons underpinning the neurochemical imbalance be identified and treated appropriately.

Methylation and Acetylation – The logistics of the brain

One of the most important mineral balances in ADHD is the copper: zinc ratio and indeed 84% of ADHD cases are observed to have an imbalance in this area, notably with a deficiency in zinc. (Walsh W., 2012). Mineral metabolism and methylation play a synergistic role here; in cases of over or undermethylation, mineral use can be completely disrupted, increasing the imbalance between key players which are designed to keep the brain active as well as protected from free radicals.  Understanding what methylation state a person may be in, provides key information as to which vital nutrients may be missing and contributing to neurotransmitter imbalance.

Even in cases where persons may be using medications, such as Ritalin, to manage ADHD symptoms, testing methylation imbalances and identifying nutrient deficiencies may assist in preventing unwanted side effects from the treatment such as dopamine toxicity.  It is a given that not every case can go without medicated support, and in such cases, knowing which nutrients are being depleted as a result of the treatment is vital to firstly limit side effects and possibly even reduce the required dose to manage ADHD.

Another factor that is vital to consider in ADHD is ensuring the proper operation of enzymes that are designed to alter chemicals into different states, chemicals which otherwise may cause damage to our brains.

One such enzyme of particular importance in ADHD is Dopamine Beta Hydroxylase (DBH), which works to prevent excessive buildup of and toxicity of dopamine in the brain.  (Weinshenker D., 2007).

Have you ever noticed poor concentration when you’ve had a stomach bug’? If so, this could be because of reduced DBH activity.

Bacteria, especially Clostridia species can irreversibly degrade DBH activity, leading to states of dopamine toxicity and subsequent decline of essential antioxidants such as metallothionine and glutathione (De Wolf W E Jr, et al., 1988).  Antioxidants are essential to combat the effects of elevated levels of copper and toxic metals and as discussed above we know that in ADHD that there are high rates of contamination of both. It is therefore of great importance that we pay attention to gut health to ensure the proper function of these vital enzymes.

Thankfully, there are a few simple things you can do to prevent Clostridia from compromising the brain’s ability to filter out excessive dopamine:

Additionally, it is important to avoid foods high in glyphosates (grains and GMO foods are some of the worst culprits here) so as to encourage the growth of healthy bacteria whilst inhibiting clostridia spores from flourishing (Barnett A J., Gibson L D., 2020). Opting for organic produce is always best when looking to minimise the opportunity for unwanted bacteria to flourish.

When looking to optimise your brain’s ability to fight ADHD, a further nutritional consideration to take into account is the level of oxalates and lectins in the diet. Oxalates and lectins are both commonly found in vegetables, to serve as protection from grazing animals as well as to manage calcium use within their own unique chemical make-up. In cases where mineral use is imbalanced (such as ADHD), these two anti-nutrients can wreak further havoc by liberating iron and copper ions into our system, accelerating free radical damage and dysregulating the body’s utilisation of amino acids.

From enzymes to neurotransmitters, amino acids are the fundamental building blocks of life used by our body to create the necessary signalling agents of the brain.  Often in ADHD, dopamine and serotonin production is already low, and excessive oxalate and lectin accumulation may add to the problem by causing the amino acids tyrosine and tryptophan (the precursors of dopamine and serotonin) to be redirected towards alternative biochemical processes, making them unavailable for neurotransmitter production. Limiting the intake of oxalates and lectins may also help control the unwanted growth of microorganisms such as Candida or Clostridia species which further compromise tryptophan and tyrosine utilisation.

The top DO NOT GO THERE’S when limiting high oxalates and or lectins are:

An alternative way to treat ADHD

Living with ADHD, or not being able to help your frustrated child reclaim their self-worth and confidence, is undoubtedly a huge challenge. The good news, however, is that with functional diagnostic testing, we are able to figure out exactly which neurotransmitter and nutrient imbalances are contributing to a person’s ADHD symptoms, and enable us to do something about it!

I truly do not believe that we are born smart or stupid, rather I believe each person has the potential to be brilliant and more importantly feel calm and stress-free, it only takes a little bit of investigative work to figure out this puzzle. And that’s where the integrative approach to mental health comes in.

If you want to give yourself an edge or help your child through life, and you’ve tried everything else, then reach out to us and let’s see how we can assist your efforts in combating ADHD.

In summary, here are the top 4 things you can do if you have or think you have ADHD:

Here are some of my top testing recommendations when assessing ADHD

Barnett A J., Gibson L D., Sept 2020. Separating the empirical wheat from the pseudoscientific chaff: A critical review of the literature surrounding glyphosphate, dysbiosis and wheat sensitivity. Available at: https://www.frontiersin.org/articles/10.3389/fmicb.2020.556729/full#:~:text=high%2Ddose.%E2%80%9D-,Glyphosate%20Exposure%20Induces%20Gut%20Dysbiosis,that%20are%20resistant%20to%20glyphosate

Why healthy eating can be bad for you