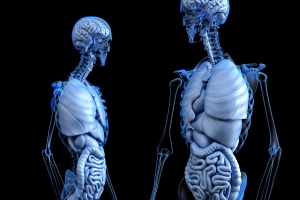 Gripping a bar to standing stable, how we move is closely related to how well we are able to process and orchestrate optimal strategy. Within biomechanics, our anatomy undertakes a process of both postural and phasic output, both of which are required toward structural balance activity. Orchestration of movement is controlled greatly by the information received and relayed throughout the nervous system. Sensory peripheral agents aid our central nervous system to become aware of an environment or changes occurring within our interaction thereof. Motor peripheral elements emit the orchestration received by the CNS in both movements of the body within the environment as well as the movement of muscle within the body’s internal environment.

Stimulation would be the factor to consider in which either benefit or detriment occur within our internal processes working toward our external reactions. Excessive stimulation creates havoc in both our primary senses and secondary reactions, as the quality of the information received and relayed becomes somewhat altered in perception. Reality can somewhat be altered when perception is influenced, particularly by overstimulation. Nutrition, environment, and movement all play a role in determining the degree of stimulation our genetic code may tolerate toward a beneficial state of perception. Excessive training or binge eating nutrient-poor foods, only increases our state of stress, thus altering perception, which influences the interaction of our anatomy ability to integrate structural balance.

Healthy function within our physiology leads to a proprioceptive position, whereby our axial ‘core’ structures are aware of our anatomy in given space and time. Increased demand of reaction toward a given increase of stressful stimulus, leads our association to become decommissioned, resulting in greater stress to our extremities. The physical reaction of our anatomy can safely be recognised through both the strength of our grip and action of balance in our feet. During times of stress, the reaction may become delayed in both grip and stance thus increasing hypertonicity of musculature within our appendicular structures.

Improving the way in which we balance the autonomic nervous system function is vital for not only the purpose of psychological stress release but also to the benefit of anatomical stress reduction. Investing time toward improved nutrition, appropriate movement strategy and overall increased recovery (parasympathetic activity) will go a long way toward the improved enjoyment of both movement and life, which can be assumed to be one in the same definition.

10 Nutritional myths in Body Building GENES CAN BE A MTHFR!!!
Scroll to top